As an Amazon Associate I earn from qualifying purchases.

In 1999, ICMediaDirect.com opened up shop as an online advertising agency, and we viewed our chosen milieu, the Internet, as a limitless possibility – there was no talk of bubbles, no clouds on the horizon. In fact, conversations in the business tended to include terms like venture capital or IPO and it didn’t matter who was talking. We knew who scored what and when. Like weekend golfers talking about the Masters, we dreamed of being the next eBay. Guys like me with, well, ordinary websites talked turkey, big turkey. And why wouldn’t we? Those were halcyon times then.

And they’re back – except, ahem, this time it’s different. I hope. Nah, I’m sure of it.

Y2K was distinctly a time of fortuitous updraft; we were swept up in a tide of optimism. This Internet thing seemed like it was going to last forever. The early 90’s brought us a proliferation of interconnected tech advances that gave rise to a new medium of business.

Personal computing had become universally available and affordable. Rapid advancements in the digital media field, improvements in size and scope of network infrastructures, and the rise of giant Internet companies for connection and service created an Internet we still recognize today. Deals went down, geeks got rich (or richer), and about the magic in this Internet – we believed.

There was a problem, though – promise and wonder alone cannot fill out a bottom line. Economic reality called in its chips and publicly traded stocks, the most successful of the start-ups who’d already actually “made it”, with their valuations 100, 200, 300 times earnings came tumbling down. So, that money, which had raced too far ahead of ideas and their implementations, retreated. And when the markets soured, so too did sentiment.

Money, as it’s wont to do, overtook dreams; it had run right past the sensible bounds of ideas. Soaring stock prices and gaudy deals in unproven fields had created a nasty bubble. It was the Web 1.0 bubble, but at the time I thought it was a buying opportunity.

It was March 2000 when the tech market started tanking. Actual technology however, never retreated, even though the casual observer might have thought engineers went to find new careers. Okay, some did, but still, science did not retreat. So, as the money dried up, Internet capability continued to grow.

And it grew rather quietly until the shape of a Web 2.0 was recognized. Like the Internet itself, Web 2.0 did not start with the flip of a switch, but instead it materialized with the gradual confluence of profitable web ventures, added Internet usability, and mass availability to high-speed connection.

I am not uncomfortable crowning Google king, or at least the most emblematic of Web 2.0 examples. In fact, while the dot-com bust was at its most bleak, the boom times of Google were just getting started.

More importantly, Google and their successful IPO mark a new age of profitability for Internet advertising. Sure, people may talk bubble, but they’d be talking about GOOG being overpriced, and not a leaky boat in a storm. Google is profitable. Yahoo is profitable. Microsoft’s AdCenter is coming. Ask.com might be on the rise. These are big companies vying for share in a profitable Internet arena.

Compare this with the original Internet boom, there was certainly competition, sizable big money competition – but over unproven business models that were ultimately unprofitable. It’s different now.

Web 2.0 is just getting started. There is a focus on making the Internet a platform for end users. Paying bills online is no longer a novelty. Shopping for clothes and books online is commonplace. Mobile music playing components are built around the compatibility of downloading music off the Internet and not store bought units. MySpace is an interactive pen-pal phenomenon far beyond anything we’d have predicted only two years ago. Even Voice over Internet protocol (VoIP) phoning is saving phone customers money.

These are the old dreams that went up in smoke five and six years ago. We’re just getting started.

[su_box title=”Copy This Idea – Start Your Dream Lifestyle Business Today – Free Book” box_color=”#e87afd” radius=”4″]If you want to have a successful business and you want to start on a shoestring budget working from home within your own timeframe then this chart topping book is the answer to all your problems, clear your debt, buy your dream car and treat your loved ones to what they deserve, the entire system is in this book and its yours for free right now. http://copycatmillionaire.co.uk/copy-this-idea[/su_box] 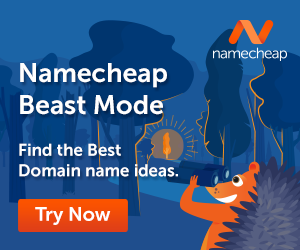